New York City is currently the largest metropolitan area in the United States, and widely known as “the city that never sleeps” with its ever-changing skyline and never-ending activity. The city’s newest buildings – including its tallest residential tower at 432 Park Ave – aren’t the only things rising sky-high – rent prices in all neighborhoods have increased since 2009. In Tribeca, the 2015 median rent was $6,095, compared to $4,800 in 2009 – a $1,295 difference over the course of just 6 years. Even in Astoria, a neighborhood known to have semi-affordable prices, the median rent increased from $1,675 to $2,200 over the same increment of time. With these price increases come increased troubles for those who already struggled to devote such a high percentage of their salaries to rent. (Curbed)

As a result, the affordable housing market has taken off. While they may not be the most lucrative of investments, there are quite a few companies conducting business that focus particularly on buildings to contain affordable units. Only those within a certain salary bracket would be able to apply and live there.

Brooker Engineering is happy to have been involved with and also currently be working on many affordable housing projects throughout the NY metropolitan area. Some of our most notable past projects include:

Mayor Bill de Blasio visited the site of one of our current projects last week, located at 950 Summit Ave in the Bronx, to give a speech on his plan to bring an even greater number of affordable housing structures in the future and how important it truly is. In an article written by Jennifer Fermino of the NY Daily News, he was quoted saying, “This is what we’re doing to make sure that people can stay in the neighborhood they love, in the city they love, that they have helped to create and build. This is our commitment.” De Blasio has made a 10 year goal to bring an additional 200,000 units of affordable housing to the city in the next 10 years, a goal he is on his way to beat. “The de Blasio administration built or preserved 20,325 affordable-housing units during the past 12 months, a 25-year record.” (Fermino)

While it may seem like the opposite, as so many luxury apartment buildings are in the news, the push for affordable housing is also growing.

On June 5, 2015, Brooker Engineering, PLLC participated as a team in the Ramsey Relay for Life to benefit the American Cancer Society. After several months, the team raised a total of $2,310 to benefit the fight against cancer. Our slogan was, “Building awareness, support, and hope!” Thank you to all that donated. We had a great time and are looking forward to participating again next year! 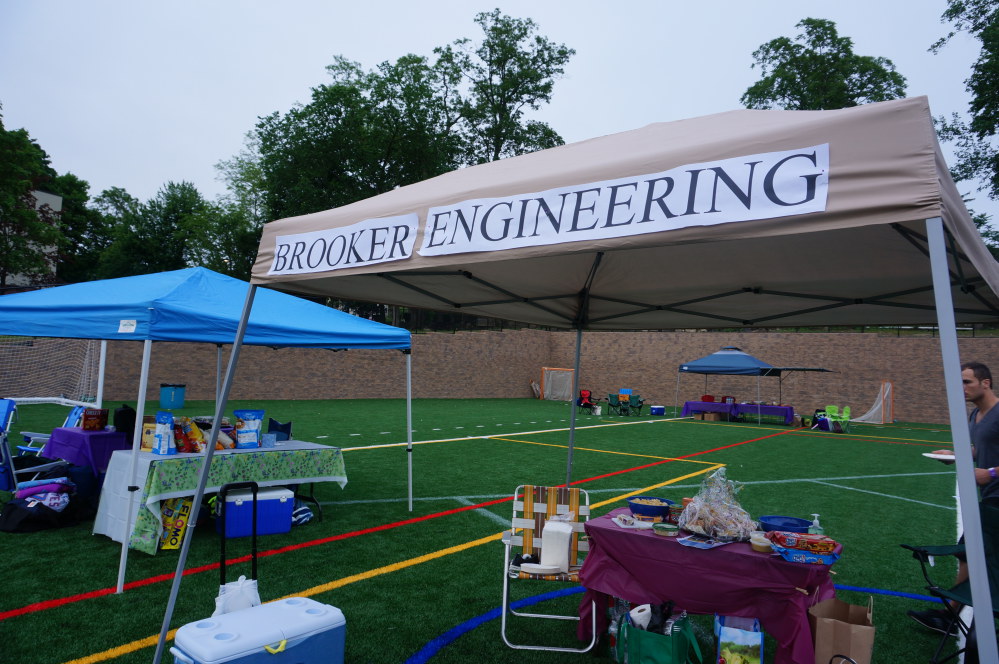 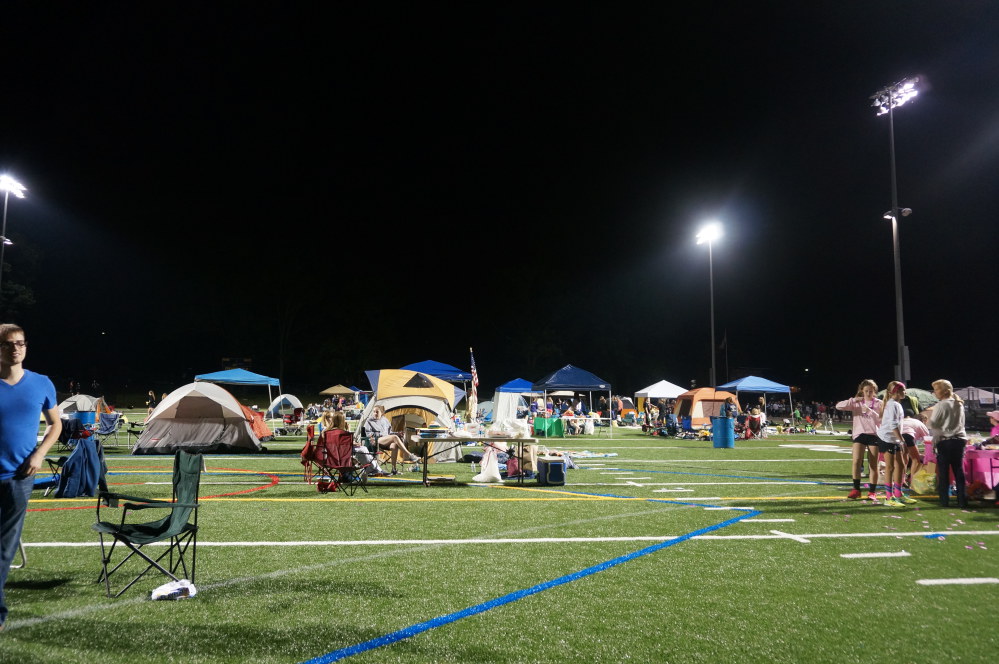 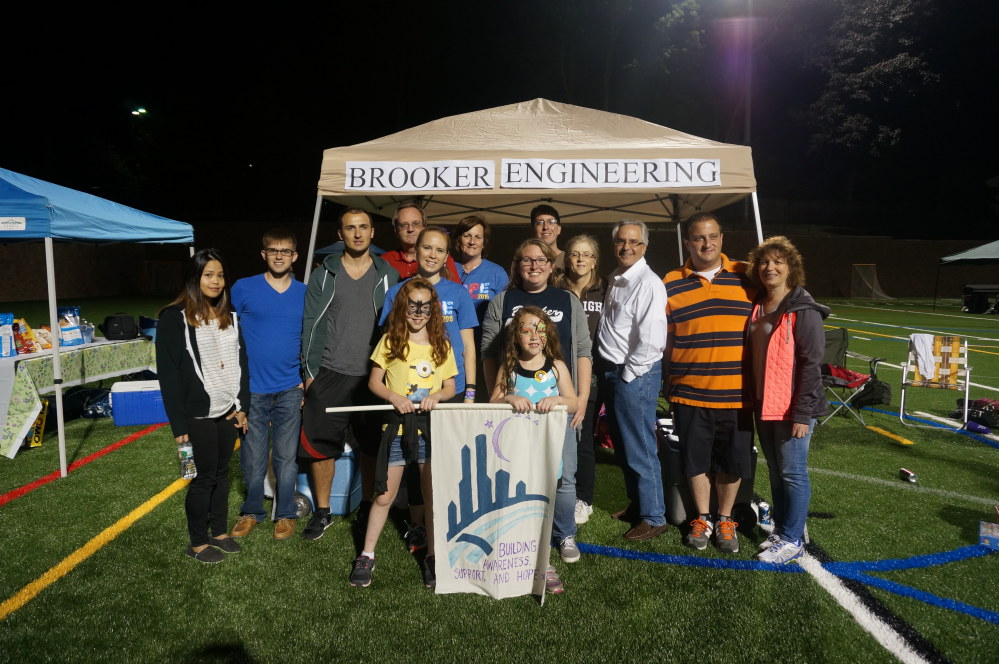 More information about the Relay for Life of Ramsey, NJ can be found on the event page.

The scaffolding and overhead protection over the sidewalk to our new office building has been removed! If you happen to be in town or near 74 Lafayette Ave soon, stop by and take a look at the progress. The anticipation and excitement to move into our new home are greater than ever. 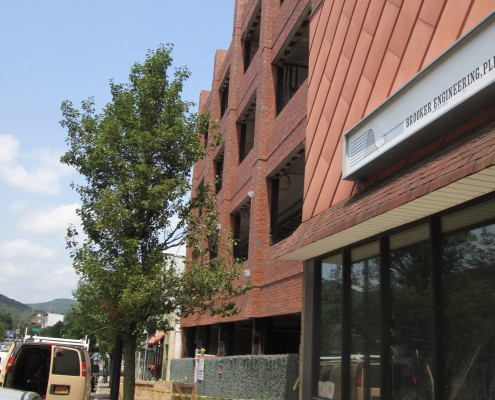 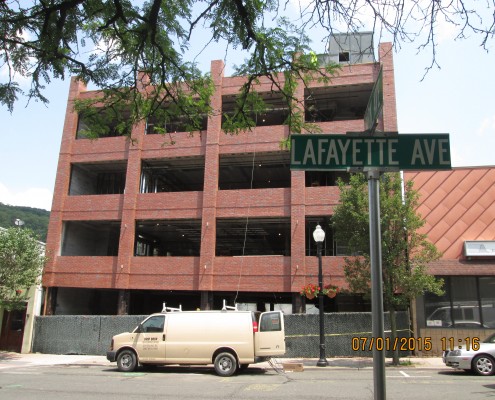 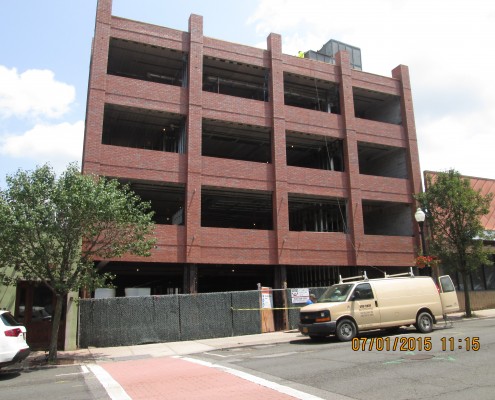